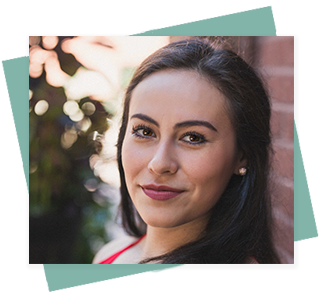 Soprano Kayla Ruiz holds a Bachelor of Fine Arts Honours in Vocal Performance from York University, in the studio of Norma Burrows (2017). While at York, Kayla was a chosen soloist in Handel’s Dixit Dominus, Carl Orff’s Carmina Burana, Mozart’s Great Mass in C Minor, and several others. She also won the Dynamic Duo Scholarship (2014), as well as the Dixie Jean Andrews Memorial Scholarship (2016) from the Newmarket Voice Festival. In 2015, Kayla participated in a European tour of Belgium, Amsterdam, and Italy with the York University Chamber Choir, and sang with the Ottawa Bach Choir, Ensemble Caprice and soloists in Bach’s Mass in B Minor, both under the direction of Dr. Lisette Canton. Past concerts with OBC also include a performance of R. Murray Schafer’s Apocalypsis in the Luminato Festival (2015), as well as a tour of China, where she had the opportunity to perform with OBC and Ensemble Caprice in the Meet in Beijing Festival in Beijing and Shanghai, China (2016).

Performance highlights include the role of Oronte in Handel’s Alcina in Lucca, Italy, at the Accademia Europea Dell’Opera (AEDO), as well as the Tafelmusik Baroque Summer Institute in June 2019. She became a full-time professional chorister and soloist with the Ottawa Bach Choir in 2017 under the direction of Dr. Lisette Canton, and was praised as one of the soloists in Gramophone Magazine for her “exquisite” contribution on the choir’s 2019 JUNO winning CD recording of Handel’s Dixit Dominus. Most recently, Kayla appeared with the chorus in Opera Atelier’s 2019 production of Mozart’s Idomeneo at the Ed Mirvish Theatre. Kayla has recently completed her Master of Music in Historical Performance, Voice, at the University of Toronto in the studio of Canadian Countertenor Daniel Taylor, with Professor Mary Morrison.